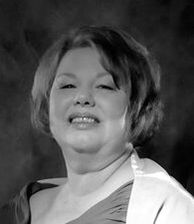 When diagnosed with invasive Bladder Cancer in 2004 at 47 I was terrified, I had a disease that I knew so little about that I had to look up the symptoms.

When diagnosed with invasive Bladder Cancer in 2004 at 47 I was terrified, I had a disease that I knew so little about that I had to look up the symptoms. I felt totally alone and did not know what direction to go in. I remember being shocked that accurate information and support seemed impossible to come by when dealing with bladder cancer. I promised myself if I survived that this had to change.

While working with survivors, I became fascinated with the potential of on-line social networking and what it could offer to the Bladder Cancer survivor’s community. I envisioned an organization with its first priority being survivor and caregiver support, giving access to trusted information while becoming another voice to advocate for Bladder Cancer. In the late summer of 2007, I shared my vision with other Bladder Cancer advocates and the American Bladder Cancer Society was born.

My husband Edward and I live in the beautiful Berkshire Mountains of western Massachusetts with our four dogs. I have retired from my career as a Realtor® to volunteer my time to the American Bladder Cancer Society full time.

The last ten years I’ve seen incredible change in my life. Today finds me with no evidence of disease living a full life following Radical Cystectomy. And a disease that I didn’t even know the symptoms of ten years ago has become the focus of my life’s work.

David Dickhaus holds a Bachelor of Science degree in Mechanical Engineering from Western New England College (WNEC) and a Masters in Business from the University.

He has been employed in the U.S. defense industry as a Systems Engineer for almost 30 years.

He’s married to Terry and has two children and three grandchildren. He was diagnosed with CIS bladder cancer in August, 2005 which eventually involved his right kidney. He received his first “all clear” in April of 2014. Dave joined the Board of Directors in early May, 2014. He became the organization’s second Treasurer/CFO in September, 2014. 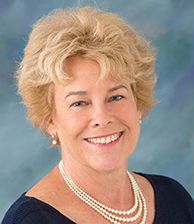 Sally grew up near Boston, Massachusetts and has been married to her husband, Mike, for 46 years. They have two grown sons and four grandchildren.

She is a practicing Real Estate Broker with Sotheby’s International Realty in Falmouth, MA and has sold real estate for over 21 years. She has always volunteered in the community starting with her children’s school years and now volunteering with the Falmouth Service Center in Falmouth in their local Food Pantry.

The American Bladder Cancer Society is very special to her. Supporting her friend, Cynthia Kinsella through her treatments, she was honored to be asked to be part of an organization that is helping other Bladder Cancer patients with support, hope and a medium to advance the awareness of Bladder Cancer and the need for early diagnosis and treatment. Sally was our organization’s first Treasurer/CFO, serving from late 2007 until August of 2014. With her increasingly busy schedule, she is now delighted to continue to be a member of the Board of Directors.

When diagnosed with bladder cancer in the late winter of 2008, Sara Anne thought “Now I know what I am going to die of.” She began doing research on the internet.

She has been very active on the Forum, offering advice and support to others, eventually became a Forum moderator. She has also worked on testing and reviewing content for our website upgrades. Sara Anne’s interest in medicine and medical research goes back several decades.

After obtaining a PhD in physical chemistry, she changed her research direction with a post-doctoral fellowship in neurochemistry/neuropharmacology. She became a faculty member in the Psychiatry Department of the University of Iowa - College of Medicine where she did research in developmental neurochemistry and participated in teaching neuropharmacology/neurochemistry to medical students and psychiatric residents.

Sara Anne is not only surviving bladder cancer, but is also a breast cancer survivor. She lost her husband in 1999 to lung cancer. She has made fighting cancer in its many forms a prime goal. 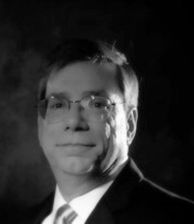 Ed holds a Bachelor of Science degree in Electrical Engineering from Rensselaer Polytechnic Institute (RPI) graduating in 1978. He was employed in the U.S. defense.

His career began in his hometown of Pittsfield, Massachusetts at the former General Electric Ordnance Systems. While working on the Strategic Defense Initiative (SDI) at the U.S. Army’s Redstone Arsenal in Huntsville, AL, he met and married Cynthia in 1992.

The family then relocated to eastern Massachusetts while Ed was working at the Hanscom Air Force Base in Bedford. In 1995, the family moved to western Massachusetts where Cynthia and Ed reside in Dalton. When Cynthia was diagnosed with muscle invasive Bladder Cancer in August, 2004, he became her partner in the battle against this disease.

Mike was a senior executive with over thirty years of experience in international business and is currently a management business consultant with a leading consulting firm.

His first bout with bladder cancer was in 2006 when he was diagnosed with CIS (carcinoma in situ) of the bladder.

He found the predecessor of ABLCS forum where he was able to connect with others who had had bladder cancer and their loved ones. Mike became an advocate for his own care and interacted with other users once the ABLCS Forum was established. Learning and contributing knowledge were his goals. After two years of being cancer free Mike’s bladder cancer came back. This time it was muscle invasive.

So, back to the ABLCS Forum he went. Again, interacting, learning, and contributing with others to better understand his options and the best path forward. Mike had a radical cystectomy with neobladder replacement in 2008.

However, Mike didn’t forget the help and support he got from the American Bladder Cancer Society family of survivors, caregivers, and supporters. He came back to the Forum day after day to try to give to others the kind of support and fact based information that he received. In 2012, Mike became a Director on our Board of Directors.

Sadly, Mike’s cancer returned in late 2013. Following a battle waged with courage and dignity, Mike was taken by his disease in late April 2014.